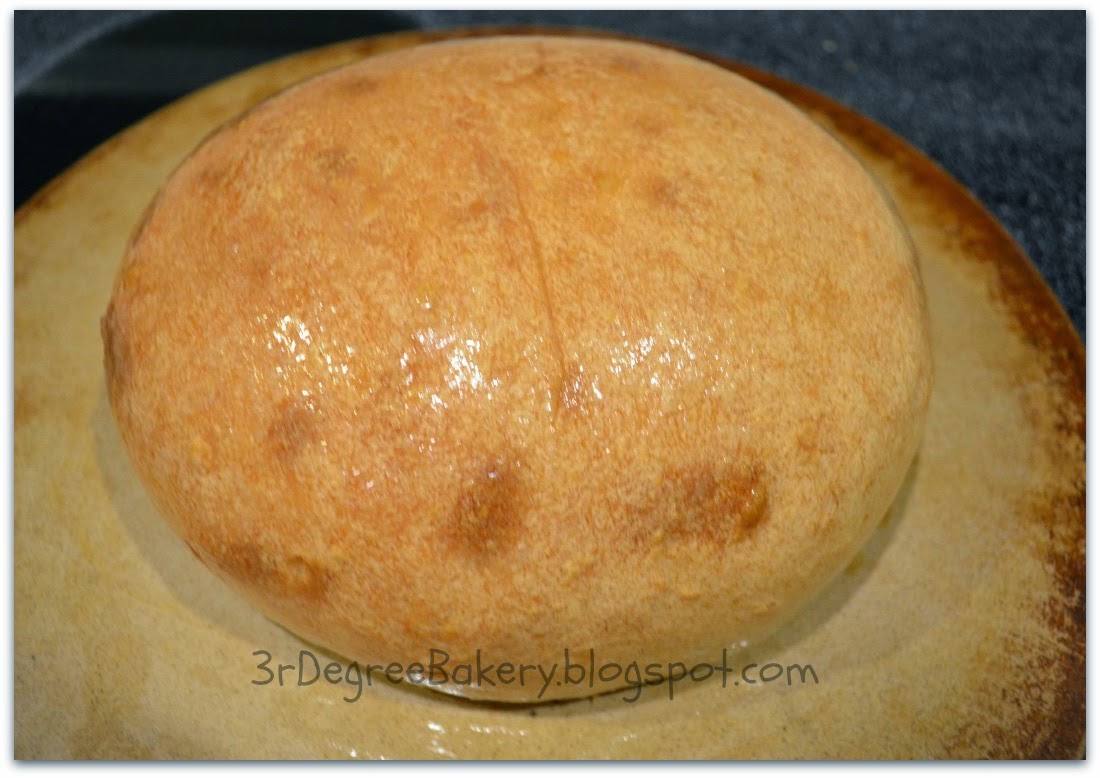 We haven't had much luck making bread around here.  We used to like making it with the breadmaker, but for the past couple of years, it turns out flat, sour, gummy, ugh.  Everything we tried just did not work so well.  So we pretty much gave up.  Until now.

The other day, a friend posted a link on facebook about a TV appearance of his son, a local chef, demonstrating how to make great artisan bread.  He posted a link to the video ► bit.ly/1wcl8WX

Watched it.
I watched the video, printed the recipe, and made bread.  I figured I'd give it a shot.  Plus, the kitchen was clean.  *Ü*

Made it.
I followed his tips about not using water from the tap, because in our area, it's so HARD.  As in minerals.  So I used the filtered water from the fridge.  He suggested a thermometer to test the water temp because yeast loves only a certain temperature (85o and 110o).  I used a meat thermometer, but hey.  It worked!

His recipe called for 1/4 TEASPOON of Instant Yeast, whereas I have been using 1 TABLESPOON for the same amount of flour in my bread.... Uhm, yeah.  That could have been my problem!!

Spraying the loaf down with water a couple of times was new to me - so was allowing the bread to rise all day (not really the whole day, but a lot!), knead it forever between risings ( not really forever), and I've never added vinegar to my bread before, either.  But then, aaaah.

Ate it.
We brought it out of the oven.  And then I smeared butter all over the crust.  And we could hardly wait to slice it open, all neat and pretty.... 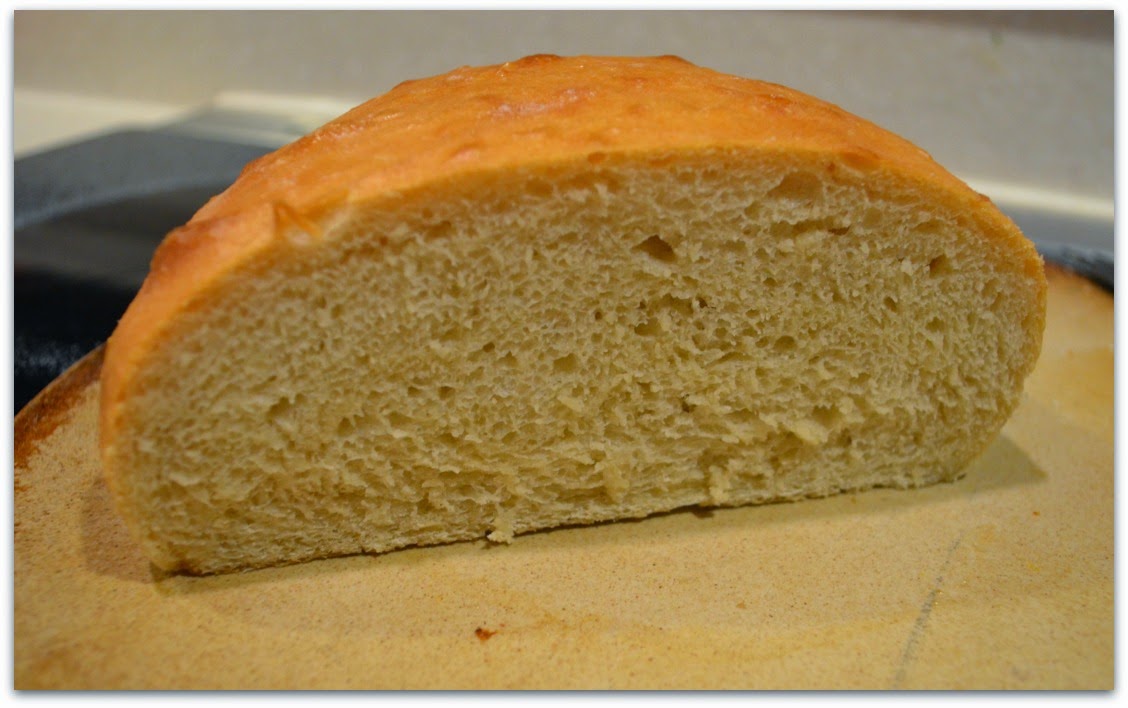 And then, it was gone. 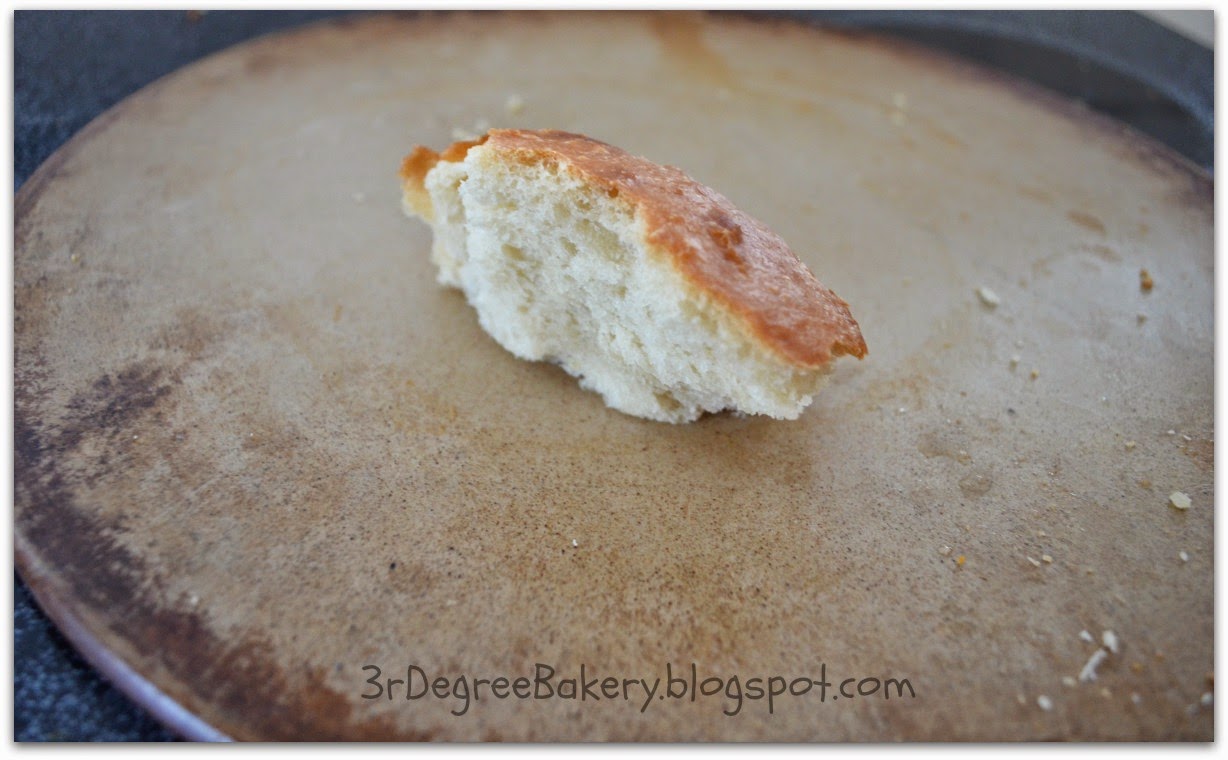 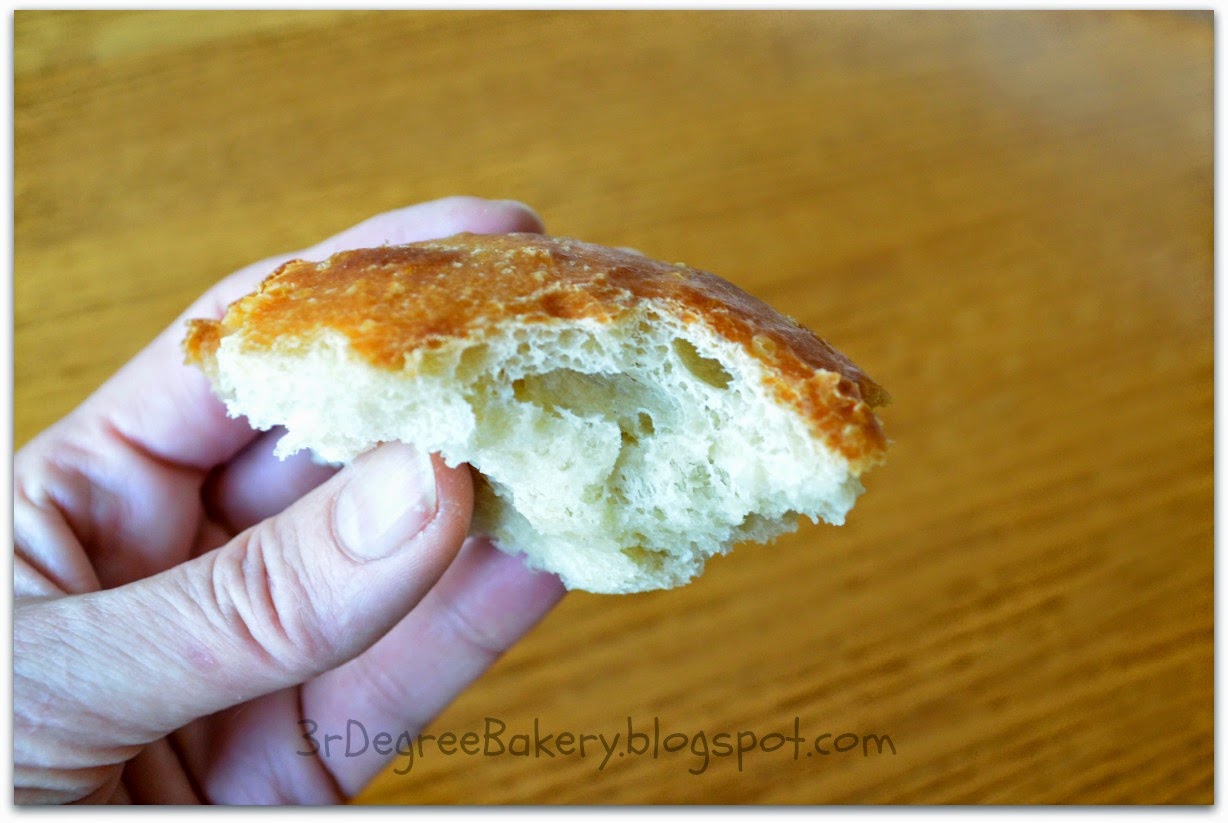 I think we'll be making more bread.
~The Momma
Posted by Deonn at 5:17 PM No comments: 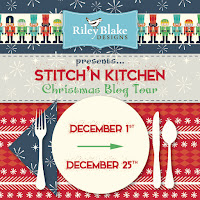